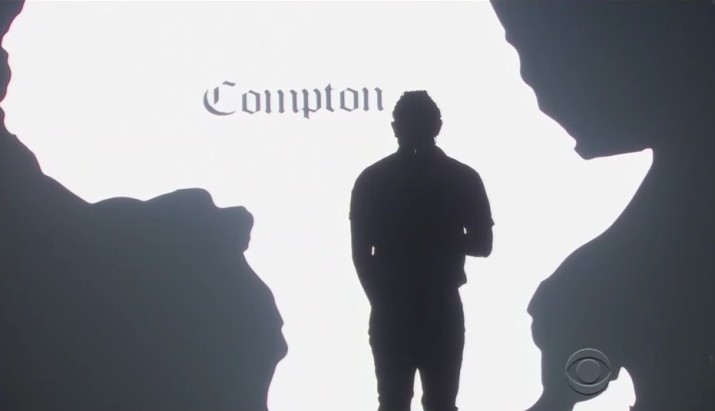 On February 15, 2016, the world witnessed Kendrick Lamar deliver a powerful message at the annual Grammy Awards.  At the end of his performance, a simple but clever picture was displayed; an outline of Africa with Compton written in the middle.  Sitting in my living room, I was taken aback by the visuals and the imagery used in Kendrick’s performance.  ‘Black Twitter’ exploded with mostly positive tweets in reference to ‘King Kendrick’ and his powerful performance.  But of course, there’s always that ONE (we all know THAT ONE) that has to bring up something negative.  For privacy reasons, I will not directly use the tweets but in summary, it was said that “Black folks will start remembering they are African now” and other similar thoughts.  SAY WHAT NOW??

Why is it that when African-Americans try to embrace African culture or even our own culture, we are often met with negative criticisms, often by those who look like just like us? Why are African-Americans and Africans so divided?  As a freshman at VCU, I was fortunate enough to become friends with people from Ghana and Sierra Leone.  I enjoyed eating the foods they had prepared, trying to learn words from their dialects, and being exposed to a culture that I hadn’t been able to experience prior to meeting them.  In recent years, I have seen more millennials trying to learn more about their African roots and embracing African culture.  Designer and artist Ron Bass designed an African print inspired dashiki that was seen on the likes of Beyoncé and more.  Of course, those that were photographed wearing these prints received flack for it and were accused of “cultural appropriation.” 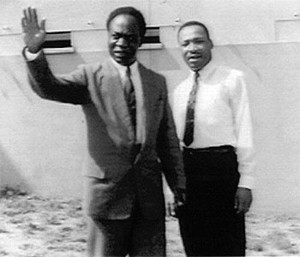 Dr. King and Kwame Nkrumah, the 1st President of GHANA

If you ask a young Black American what they thought of Africa, I’m sure you would receive some stereotypical reference that sounds like it was a line straight out of Coming to America.  If you ask someone from an African country what they thought of Black America, I assume “hip hop” would be featured in the description.  Instead of continuing to divide ourselves, it’s time to bridge the gap.  Kendrick Lamar stated that a trip to Africa is what inspired his “To Pimp a Butterfly” album. “Going out there really inspired me. I wrote a lot of records out there. Just going to South Africa and being able to move around out there like I did. That was a turning point.”,.  I’m not proposing that we all try and make our way to Africa but I am suggesting that we (Black Americans) are allowed to embrace a culture that we’ve never been exposed to.  I am suggesting that we (Black Americans) are allowed to celebrate the history and culture that we’ve created in America (Hip Hop, southern cuisine, Black History Month, Kwanzaa).   We (Black Americans) don’t have a flag that we can proudly wave.  We (Black Americans) are often criticized for taking pride in our Blackness (Beyoncé, Super bowl).  When we celebrate being Black in America, we are accused of being anti-any other race but black.  When we (Black Americans) acknowledge that we are aware that, we, at some point had ancestry somewhere in Africa, please don’t accuse us of being cultural appropriators.  Embrace us, educate us, and show us more beautiful images of the Africa that you were fortunate enough to experience.

I thank young King Kendrick Lamar for his imagery on the Grammy’s.  I believe that when he placed COMPTON in the middle of Africa, he was stating that he is aware that he comes from a place where “we” were kings and queens, intelligent, and rich in tradition.  And that even in Compton, or to a small town Virginia girl, we too can be proud of where we came from and continue to celebrate the heritage that for so long, we were not able to publicly acknowledge.

Turning a negative into a positive: 2 Black Men Settle with the city for $1 each

Remember the two black men arrested for sitting at a Philadelphia Starbucks without ordering anything? On Wednesday the two settled with the city  for a…