To the utter despair of many Americans, we have a new President of the United States Donald J. Trump. What began as an inconceivable and laughable republican nominee campaign has now produced the most tectonic and groundbreaking result. Let’s take a look back at some moments of the presidential race that lead to his election. 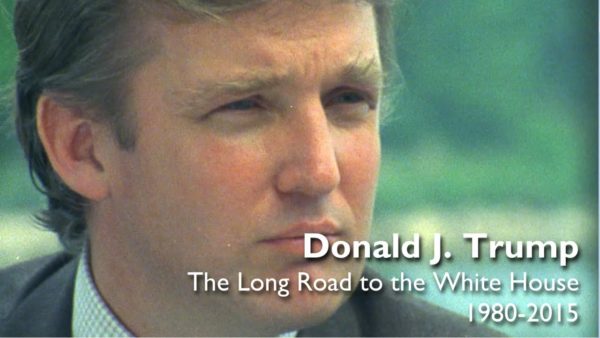 Donald Trump announced he would be running for president on June 16, 2015. His speech was filled with ludicrous, nonsensical statements as well as unsavory racist undertones. He said things like “When Mexico sends its people, they’re not sending their best. They’re sending people that have lots of problems, and they’re bringing those problems with us. They’re bringing drugs. They’re bringing crime. They’re rapists.” And “We don’t have victories anymore. We used to have victories, but we don’t have them. When was the last time anybody saw us beating, let’s say, China in a trade deal? They kill us. I beat China all the time. All the time.”

Every citizen assumed it would be a joke, that Trump would drop out or would simply be viewed as an undignified candidate. But he did not.

Hillary Does the Dab 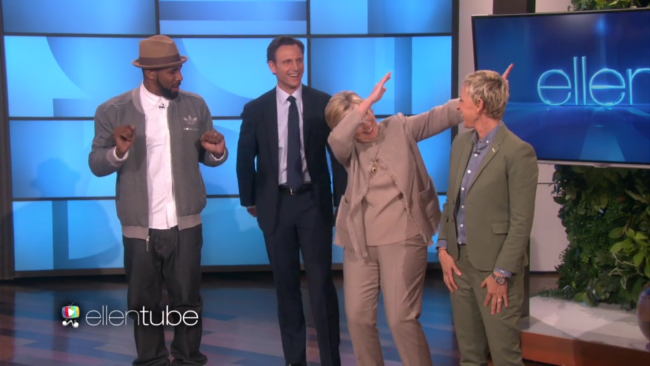 Back in January of 2016, Hillary Clinton appeared on The Ellen DeGeneres Show to talk about what it was like running for president as a woman. After discussing her hardships, Clinton decided she could not leave the studio without participating in one of DeGeneres’ dance parties.

Clinton’s performance of the popular ‘dab’ dance was supposed to bring her closer to her millennial voters. However, it had arguably the opposite effect as it was interpreted by some voters as her trying too hard and being disingenuous. 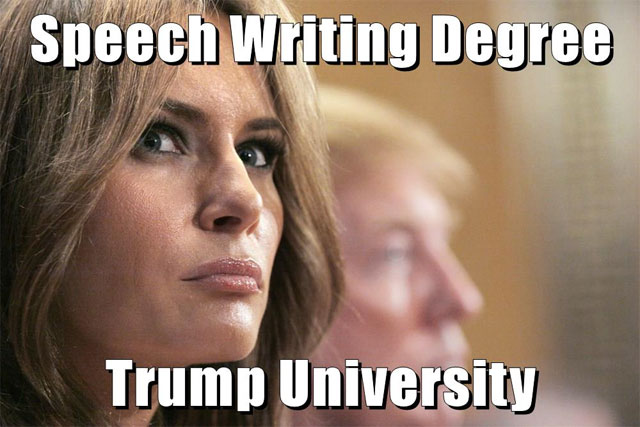 During the Republican National Convention (RNC), Trump’s wife, Melania, gave a speech. It sounded eerily familiar and eventually it came to light that it was plagiarized from a speech Michelle Obama gave in 2008. A Huffington post gave a little run down of where the speech was the same, word for word.

Hillary Clinton, while Secretary of State, used a private email server instead of the one the White House provided. This does not seem like a big deal, except if you are sending classified information that could be lost or deleted.

Clinton was not the only one in the White House to use a private server. Condoleezza Rice and Colin Powell both used private servers. They had a decent reason. The White House server is kind of notorious for getting hacked. Still, Clinton was investigated in July and then again just a few weeks ago in the last moments of the presidential campaign. This investigation was something that led voters to not trust in Clinton. In fact, voters were so focused on Clinton using a private email server that the fact that Trump is going to trial in December for sexually assaulting a child, or the racist and lewd things he has said have been largely unchallenged.

Donald Trump has been belligerent in the face of all expectations of his failure from the very start of his presidential campaign more than a year ago.

Trump’s presidential campaign was often divisive, riddled with clichés, and lacking substance but most of all it was nasty and simply distasteful. The new President elect of the US has a long road ahead of him with regards to making disenfranchised democrat supporters feel like his America will be theirs too. The time for bluster and showmanship has ended, now Trump must lead and unite- it is time to act in the interest of all American citizens in a respectful and considerate manner. He cannot be brash, ill-mannered and as loose lipped as he was in his campaign; otherwise his dream job might just become his greatest nightmare. The Haunting in Parliament

LONDON, UK – No.10 Hopeful and Secretary of State for Environment: Food and rural affairs Michael Gove recently admitted his use of cocaine as a…