The inner hopeless romantic is coming out of many people since the release of Netflix’s “To All the Boys I’ve Loved Before”. The movie is based on a novel written by author Jenny Han. 16-year-old Lara Jean, portrayed by Lana Condor, is a normal high-schooler who just happens to write letters to boys that she had massive crushes on. These love letters are tucked away in a blue hat box, given to Lara by her late mother, stashed away at the top of her closet. Safe and sound. That is…until every single letter gets mailed to her past crushes.

When the letters get out, one of her past crushes, heartthrob Peter Kavinsky portrayed by Noah Centineo, eventually prompts a fake relationship between the two of them. This pseudo-relationship is supposed to work in both their favors: Peter is supposed to get his ex/resident mean girl Genevieve back by jealousy and Lara gets to experience a relationship since she’s, spoiler alert, never had a boyfriend.

“To All the Boys I’ve Loved Before” isn’t presenting a fresh idea to the realm that is rom-coms. The movie hits on all our favorite clichés to boot. And we know Peter and Lara are going to end up together–it’s just a matter of when that keeps our eyes glued to the screen.

What makes “To All the Boys” different is that it doesn’t try hard to be different and it deals with emotions in a realistic way. Lara is just a girl who wants romance but is afraid because, “The more people you let into your life, the more they can just walk right out.”

Most people can relate to that feeling of being scared to let people in whether they are 16, 21 or 50.

The film shows that falling for someone is about trusting their intentions and trusting yourself most of all. A lot of people have walls up because they have been hurt in the past by someone and that clouds their judgement. Falling for someone is an extremely scary thing because it means that you are being vulnerable and you have no place else to hide.

Lara and Peter’s fake relationship allows them to fall in love with the idea of love first. From the scribbled love notes passed between classes to posting each other on their social media with kissy face emoji’s to that iconic, “You can put your hand in my back pocket,” Sixteen Candles moment that doesn’t even try to be subtle.

What stands out the most in this movie is that in it not trying to be wildly different, it sets itself apart. This movie shows that the fantasies people have in their heads can be attainable, the only thing stopping them are their fears. People must trust themselves to allow their desires to come true.

Rom-coms are typically stereotyped as chick-flicks that give girls unrealistic expectations about falling in love. “Nobody is going to run to you on a beach into your arms or kiss you in the rain or stand outside your window holding a stereo playing a love song,” some may say. But what’s so unrealistic about two people realizing they have feelings for each other?

Falling for the boy you played spin the bottle with when you were in middle school is a lot more realistic than the action, fantasy superhero movies that are hitting the box office left and right. Slinging yourself from building to building with Spider-Man’s web-shooters or having the spectacular strength of Thor is 99.9% never going to happen for anyone.

As a society, we tend to indulge the ideas of action movies more because that sells and the male gaze has dominated film and literature for decades—however, that is shifting. Yes, this is an issue of sexism. The male gaze depicts women typically in a sexual, objectifying nature to please the male viewer. “To All the Boys” allows us to look through a feminine lens and see the hopes of a woman through a female protagonist. This is the female gaze and it isn’t necessarily the perfect and correct way to go about portraying women in media–how it plays out is going to vary from person to person. However, the female gaze is intended to look inside a person rather than at.

One thing about this movie is that it isn’t just about a girl and a boy falling in love. It’s about family bonds, trust, grief, and growth. We don’t get any of the unnecessary sexual body shots or macho “fight for your lover” scenes in this movie.

We get to see Lara and Peter fall in love, yes because of those rom-com archetypes, but also because Peter is great with Lara’s little sister Kitty. Lara and Peter have intimate conversations about their families and their hopes that make them vulnerable in ways they have never been with others or even themselves. Peter packs Lara’s favorite snacks for her. Lara’s dad sees her come alive when she’s with Peter, literally letting her hair down and enjoying her youth.

It’s all just grossly romantic and pulls at the heart-strings and I don’t think there is anything unrealistic about that. 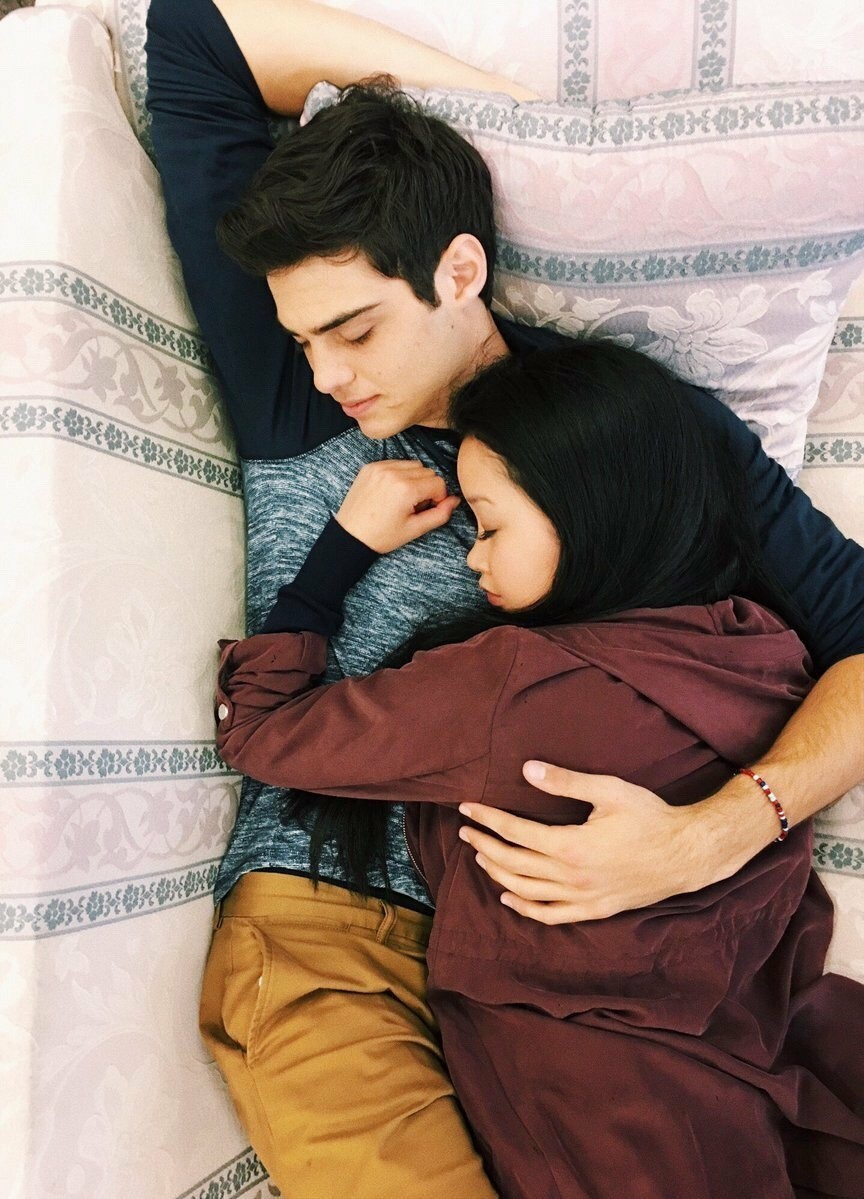 It is no secret that urban American society is heavily influenced by “popular culture”, whose muse has long been Hip Hop. Our style, our lingo,…

Culture Shock- What does it mean to be black?