OPINION – The mass murder that occurred is just the most recent act in Israel’s attempt to exterminate Palestinians.

In 1948, the Jewish state of Israel was proclaimed after a former genocide of the Jewish people had occurred. The migration of Jews into the land started off in controlled amounts, but after Israel was declared part of the United Nations, the first Israeli-Arab war occurred as the migration of Jews increased and so did the amount of land Israel owned. With Israel occupying more and more land between 1948 and 1949, around 750,000 Palestinian Arabs were left to either flee or be expelled out of their land. By 1956, Israel massacred Palestinians in the villages of Qalqilya, Kufr Qassem and Khan Younis. 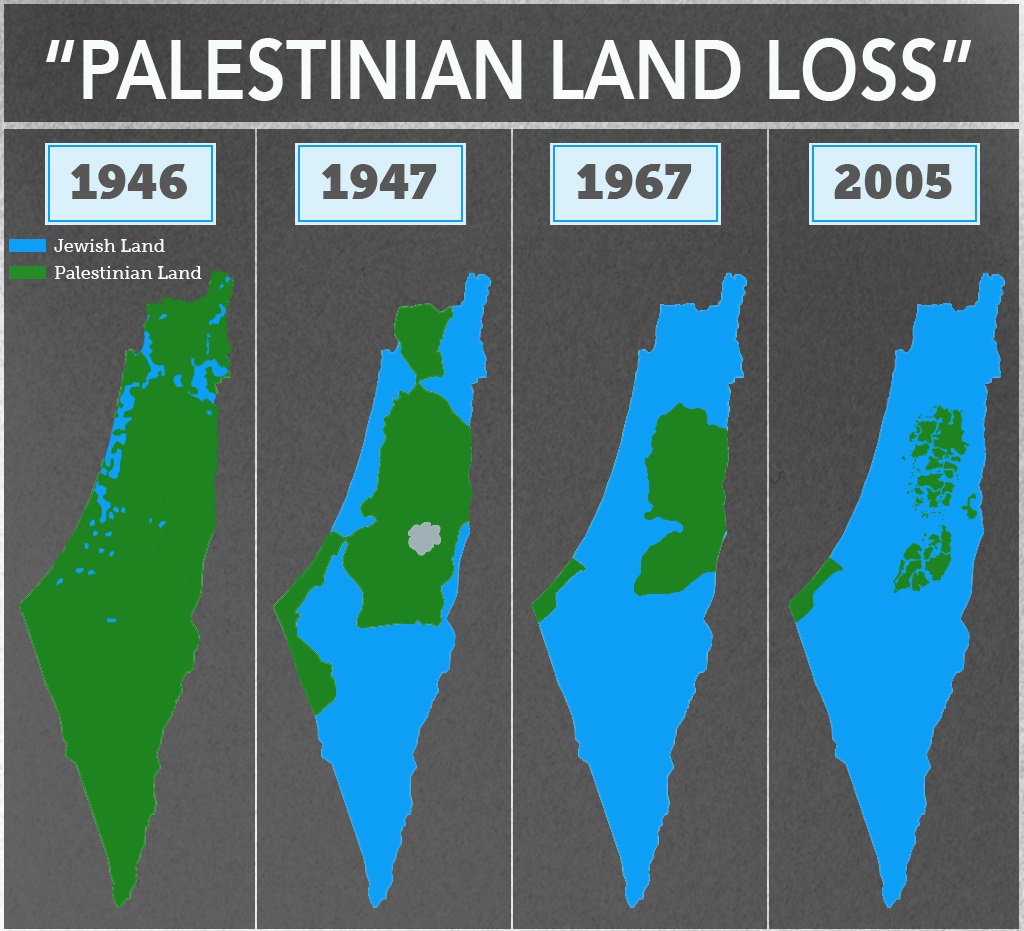 150,000 Palestinians remained in Israel and were granted citizenship, but were under military rule until 1966. Israel then conquered Gaza in 1967, and began military control over the citizens in the land. By the end of 1967, the U.N. passed a resolution for Israel to withdraw from its occupied territories.

In 1970, Israel attacked Palestinian fighters during Black September. Israel did not heed to the former resolution, and the U.N. passed another one in 1973 calling for ceasefire on Israel’s end and for them to again withdraw from occupied territories. But the resolutions do not hold Israel back.

Israel continued to confiscate land from the Palestinians, and in 1976 “Land Day” was created. By 1982, Israel invaded Lebanon and in 1987 Palestine launched Intifada in their Israeli occupied territory. By 1992, Palestine was no longer a statehood. 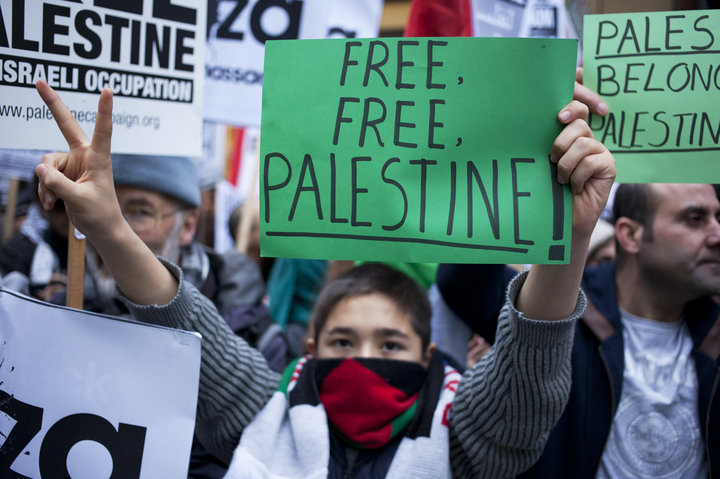 London, UK. Saturday 17th November 2012. Demonstration against Israeli attacks on Gaza. Hundreds of Palestinians and Pro-Palestinians gathered to protest to gain freedom for Palestine and against Israel’s recent shelling. (Photo by In Pictures Ltd./Corbis via Getty Images)

Between 1993 and 2002, it seemed there could be hope for the two states. There were agreements for Israel to withdraw from occupied land, but that didn’t last. Israel reoccupied Palestinian cities in 2002 and by 2006 were at war in Lebanon. Israel then attacked the Gaza Strip. And did so a second time in 2012 and a third in 2014. And in just the past couple days, another attack happened.

What Palestinians are experiencing is a genocide. “For those who remain in Palestinian territory, they might as well be living in a massive open-air prison, because they live under the occupation of a foreign army. Children are routinely tear gassed on the way to school. Imports are severely restricted, with even basics like water being tightly controlled. Their rights of passage are severely curtailed– families have been broken up and people have died at military checkpoints because they were delayed or denied passage to access critical medical care.”

It may be incremental, but it is still genocide. 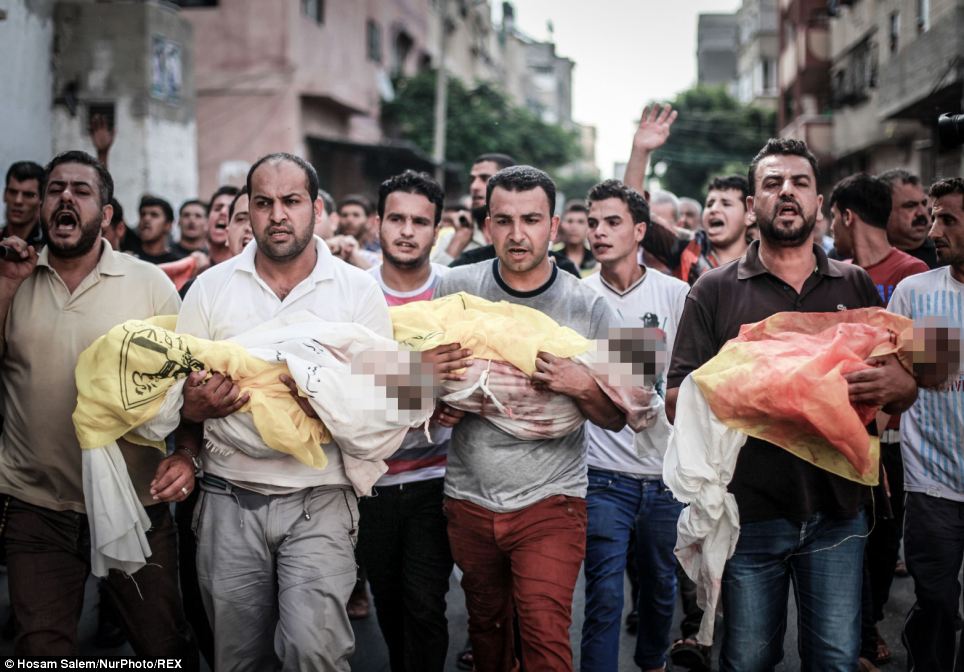 Israel has stated this vicious attack is an act of self-defense to defend their borders. But is it defense when it is Palestinian civilians throwing rocks only a couple feet in the air in any attempt to fight off gunfire and tear gas?

There are some who think Palestine is not innocent. One blogger spoke out on the massacres: “News anchors such as those from CNN, BBC and Al-Jazeera have not missed an opportunity to point out the majority of innocent civilians (Israeli) who have lost their lives as a result of this war… But anyone who lives with rocket launchers installed or terror tunnels burrowed in or around the vicinity of their home cannot be considered an innocent civilian.” What this point misses is that the Palestinians have never instigated the bloodshed, and have only ever acted in defense. What little defense they can do, against their land being taken.

Israel is becoming the one thing they sought refuge from. 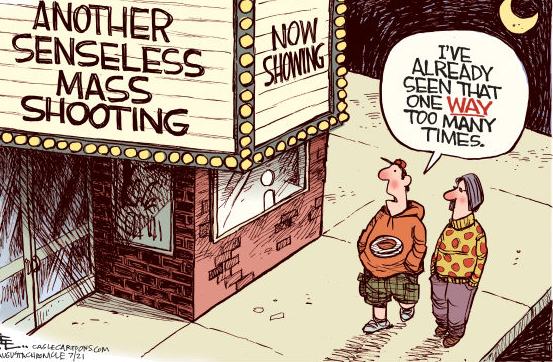 How America Reacts to Mass Shootings…

On February 14, 2018,  Nikolas Cruz arrived at Marjory Stoneman Douglas High School in Parkland at 2:19 p.m. with a black duffel bag and backpack…