Michelle R. Mosby is running for City Treasurer and despite her busy schedule took a moment to hang with the M-Lifestyle gang and opened our eyes to who she truly is. Many know her as political leader, business owner and realtor, but what truly defines Michelle Mosby? During her sit down interview with M-Talk, we got to truly see Ms. Mosby for who she is- a servant for the people of the city of Richmond. Every single platform that she has revolves around and involves those who make up the city of Richmond.

Mother, friend, business-owner and advocate barely touch the surface when describing Michelle R. Mosby. She is a pillar for change in the capital of Virginia and continues to show women that they can have it all. Ms. Mosby may be living proof to Beyoncé’s Who Runs the World, an ode to women worldwide. Not only is Ms. Mosby the face for women in Richmond, but she is a native of the river city, which may be the reason she is so adamant on serving a community that has helped mold her into the women she is today. 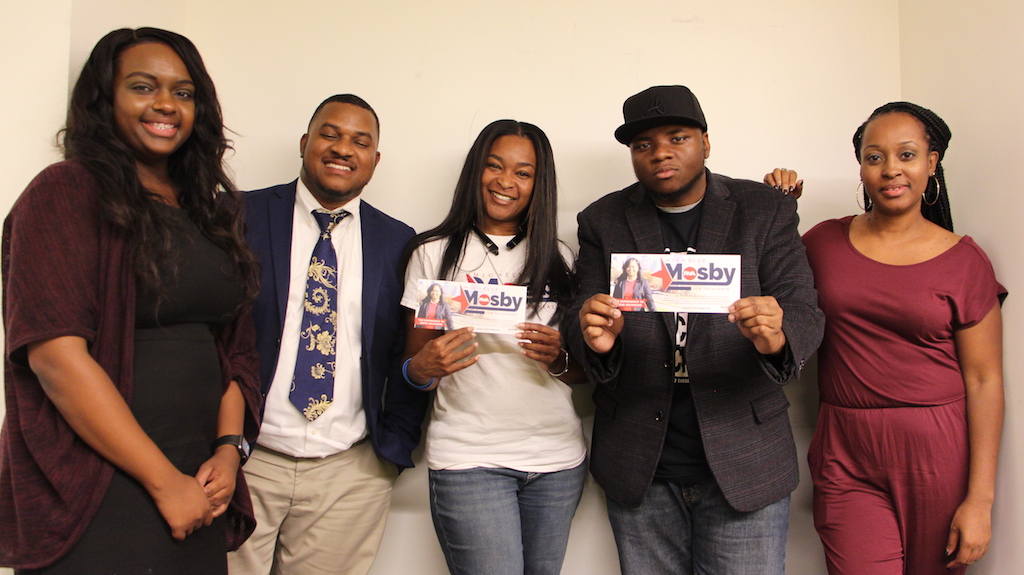 Michelle Mosby wears many hats, and the one she is aiming to add to the collection is city treasurer for the city of Richmond. When asked to describe who she is, a word that she uses that resonates way beyond her resume is servant. She truly believes in being that person for the city, as she has done for many years.

Ms. Mosby is the first African-American woman to serve as city council president for Richmond and most recently she put her bid in to run for mayor in the 2016 election, where she lost to Levar Stoney. She could’ve easily taken this loss as an excuse to shy away from pursuing any other positions, but instead she’s gotten right back to it, seeking the vote for city treasurer.

She epitomizes servitude through programs she’s implemented like her “Help Me Help You,” a nonprofit aimed toward the successful reintegration of formerly incarcerated citizens, founded in 2008. Ms. Mosby is also the driving force behind “Ban the Box,” a measure she sponsored to eliminate the requirement for city job applicants to reveal prior felony convictions in the initial interviewing phase. This same legislation is now a statewide law in the Commonwealth of Virginia. She has a passion for helping people and running for city treasurer wouldn’t be any different.

Ms. Mosby believes that the treasurer office needs to expand and what better person to fulfill the position than her. She is experienced, she knows Richmond for what it is. It is the place where she was raised, It is a place where she believes in the people and what they want. Michelle does not take her calling to serve lightly and understands very well the responsibilities of the treasurer’s office and what would be required to better serve the city of Richmond.

Michelle Mosby is walking in her season and doing the things that she believes she was called to do. Her willingness to serve and understand the dynamics of what the people, represented and underrepresented, need are the driving force her of campaign to become city treasurer. Michelle continues to show women in the city of Richmond that they can have it all!