Peak basketball season hasn’t simply belonged to the likes of Curry, James, Kyrie and Durant. It has also been about “The Ball”, Lavar Ball. 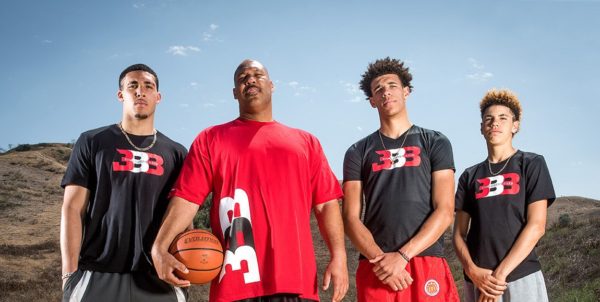 Lavar Ball is the father of former freshman UCLA guard Lonzo Ball, one of this year’s top NBA draft prospects. Lavar Ball ; loud-mouthed and audacious, first gained national attention when he claimed his son, Lonzo was better than Golden State’s 2 time MVP, Stephen Curry. Lavar Ball gained even more notoriety when he appeared on ESPN’s First Take  to make his boldest claim so far; that he would beat the great Michael Jordan 1-on-1  in his prime.  Such claims, although delusional, were amusing and served to ingratiate Ball to some sports fans, who found in him, much needed comic relief. But recently his antics have divided opinion and many people have voiced their concerns.

Critics feel that Ball, who has forged an athletic brand Big Baller Brand, has capitalized on his son Lonzo’s success at UCLA to promote the brand. Some have gone as far as saying he is exploiting him along with his other two sons, LaMelo and LiAngelo who have also gained national attention for their exploits on the court via social media. “What Lavar is doing is exactly the same thing Kris Jenner has been criticized, for doing with her kids and the Kardashian brand for years,” a critic said.

Additionally Lavar Ball’s exuberant and overbearing management style may be ruining his son’s chances. Because of Lavar’s antics, Adidas, Nike and Under Armour have pulled endorsements away from Lonzo, which make it the first time a major shoe company has done so with a potential top pick. According to ESPN.com, Poppa Ball was not looking for endorsement deals, but a true, co-branding partner with an asking price of $1 billion for him and his sons. 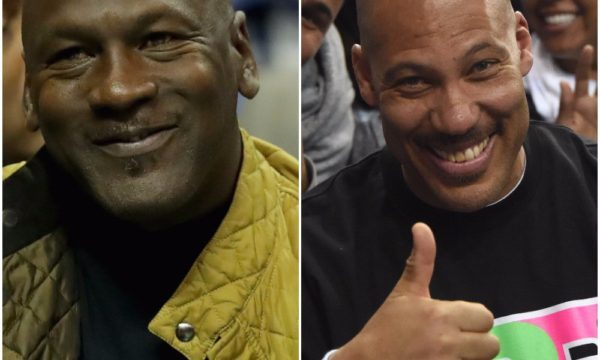 Ball was maligned by some sections of the media for his exchange involving FoxSports1 Network reporters and Kristine Leahy. The rift started back in March when Leahy appeared on Jason Whitlock’s show, Speak for Yourself and criticized Ball’s parenting skills’, even claiming Lonzo was “scared” of his father. Months later when Lavar appeared on FS1’s “The Herd” with Colin Cowherd, Lavar retaliated by refusing to acknowledge Leahy’s presence. Things escalated when Lavar  told Leahy, “Stay in your lane” in response to Leahy’s inquiry about how many pairs of Big Baller Brand shoes he had sold so far.An emotional back and forth ensued which once again divided opinion, but this time with racial underpinnings.

The Breakfast Club’s radio host Charlamagne Da God awarded his infamous “Donkey of the Day” to both Leahy for playing victim with her argument against Ball, and Whitlock for defending Leahy after Charlamagne gave her the title. Race mainly became an issue due to the fact that Leahy, a white woman claimed she felt “threatened” in the heated exchange with Ball, a large black man. For Charlamagne Tha God and many others, this paradigm is reminiscent of that which led to the slaughter of Emmet Till and many other black men. 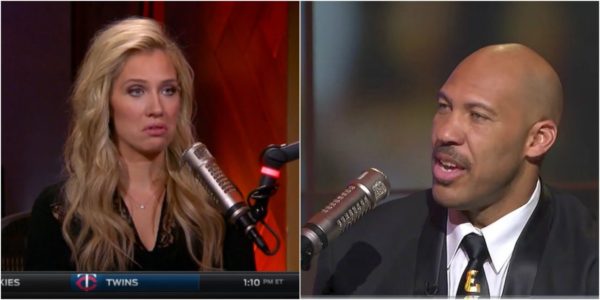 Though his actions are very unorthodox, outrageous and can come off as arrogant, when it comes to parenting, it is hard not to admire the way Lavar Ball has gone about raising his boys.

He has his three sons on the right track, doing positive things with bright futures ahead of them via basketball. We complain so often about the lack of black fathers in the lives of successful ball players and here we have one doing all he can for his Baller kids, so, how can we turn around and question that? Or go as far as asking Lonzo to rebel against his own father? One might argue that it might be more prudent for Lavar to step back and allow an agent to represent Lonzo and his younger brothers the “right’ way. Perhaps, allow Lonzo time to prove himself in the league before talking him up. A little humility might be prescribed but that would be counterintuitive to the brand-The Big Baller Brand Olympic bobsledder, Elana Meyers Taylor has made history as she became the most decorated black athlete in Winter Olympics after she and Sylvia Hoffman won…