The year 2015 was a great year for M-Lifestyle. We want to extend our gratitude to all our features for sharing their stories with the world. Here are the most read stories of 2015. Enjoy! 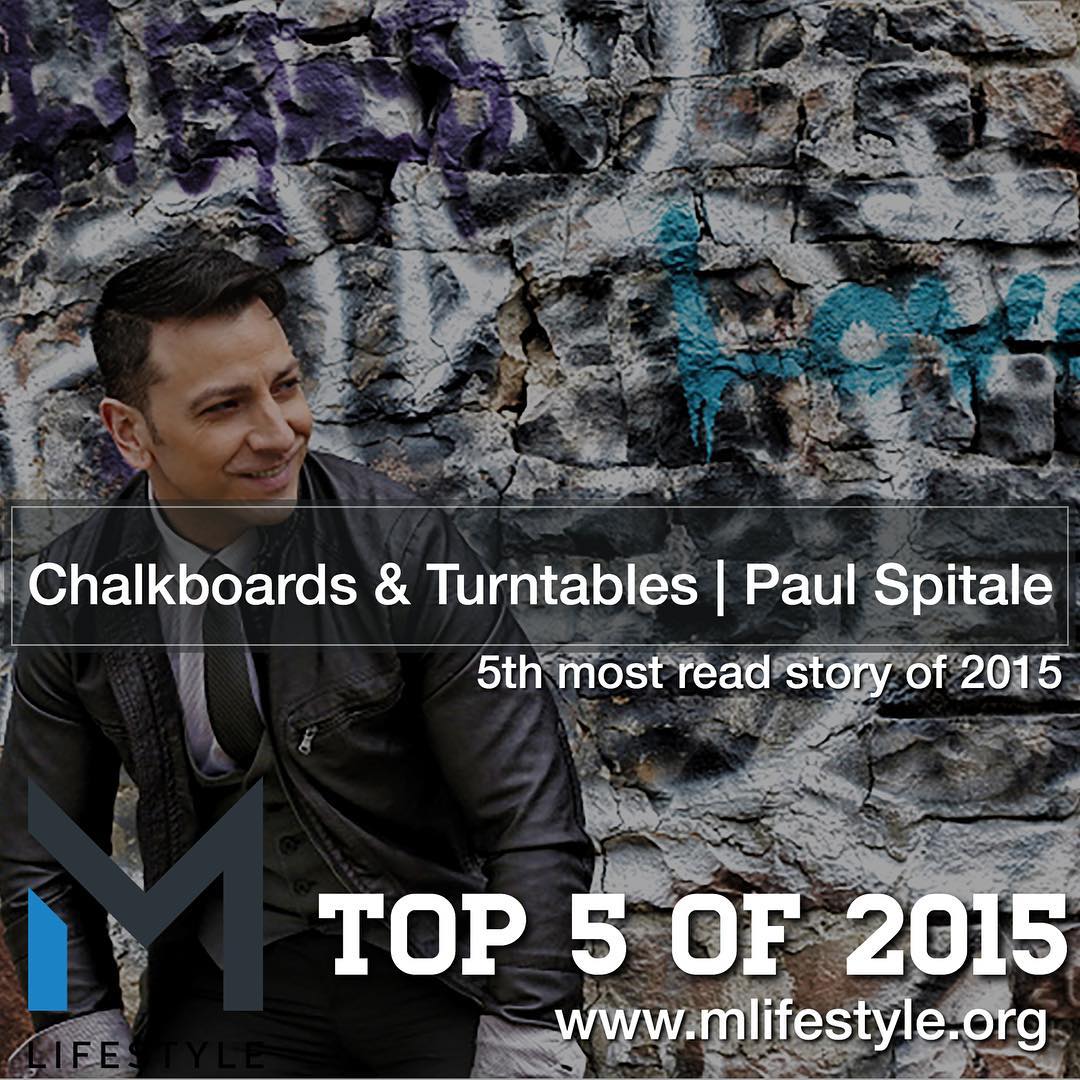 Paul Spitale started as just a DJ in New York auditioning for reality TV shows. Spitale moved back to New York in 2005 after living in Hawaii. When he realized he needed a new way to make it in the big city, he began DJing for other companies and auditioning for shows like A&E’s Confessions of a Matchmaker. By 2009 he had his own DJing company, doing shows for Victoria Secret, Bebe and Guess. Spitale still kept up in acting as well, he recently signed an agreement with Walmart to appear in several commercials. Acting and DJing are not Spitale’s only talents. He also teaches at D’Youville College in New York. He has created a safe space in his poetry class for students to openly speak about civil rights issues, apartheid and human rights issues. Spitale is not confined by one career, he is not afraid to explore all his dreams. 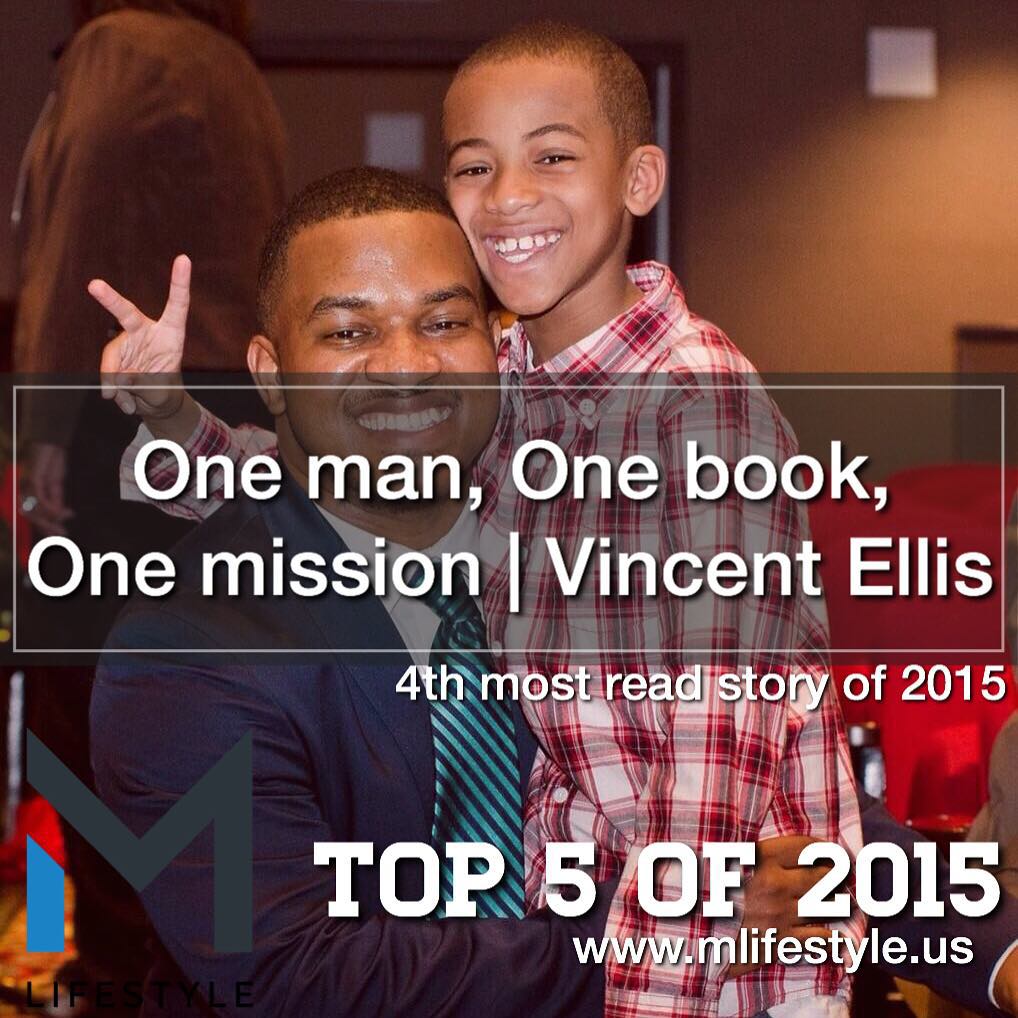 Vincent Ellis White grew up not knowing his father, and set out on a journey to find him, leading to his memoir Finding Chris My Father. White grew up in Richmond, Virginia with a father who was consistently in and out of jail. With White’s father out of the picture, he faced issues many young African Americans do; such as creating mischief in school and battling identity issues. At the age of 16, White’s mother confessed that the father White grew up thinking was his, was not. He learned his father’s name was Chris Anderson, and that Anderson was not even aware he had a son. By the time White turned 27, the two were reunited. White realized the book he had written was meant to serve a higher purpose. People would seek him out and give their own personal testimonies of similar stories. The book was so inspirational it grabbed the attention of play producer Lamont Ferguson. By September 5, 2015 White was able to debut his play in Portsmouth, Virginia. White did not stop there, he eventually debuted the play in the city it all began. With the creation of VEW Enterprises, White plans to bring the play to all over the country. VEW stands for voice, empowerment and wisdom. Which is what White plans to bring to those who are also battling their own crises. 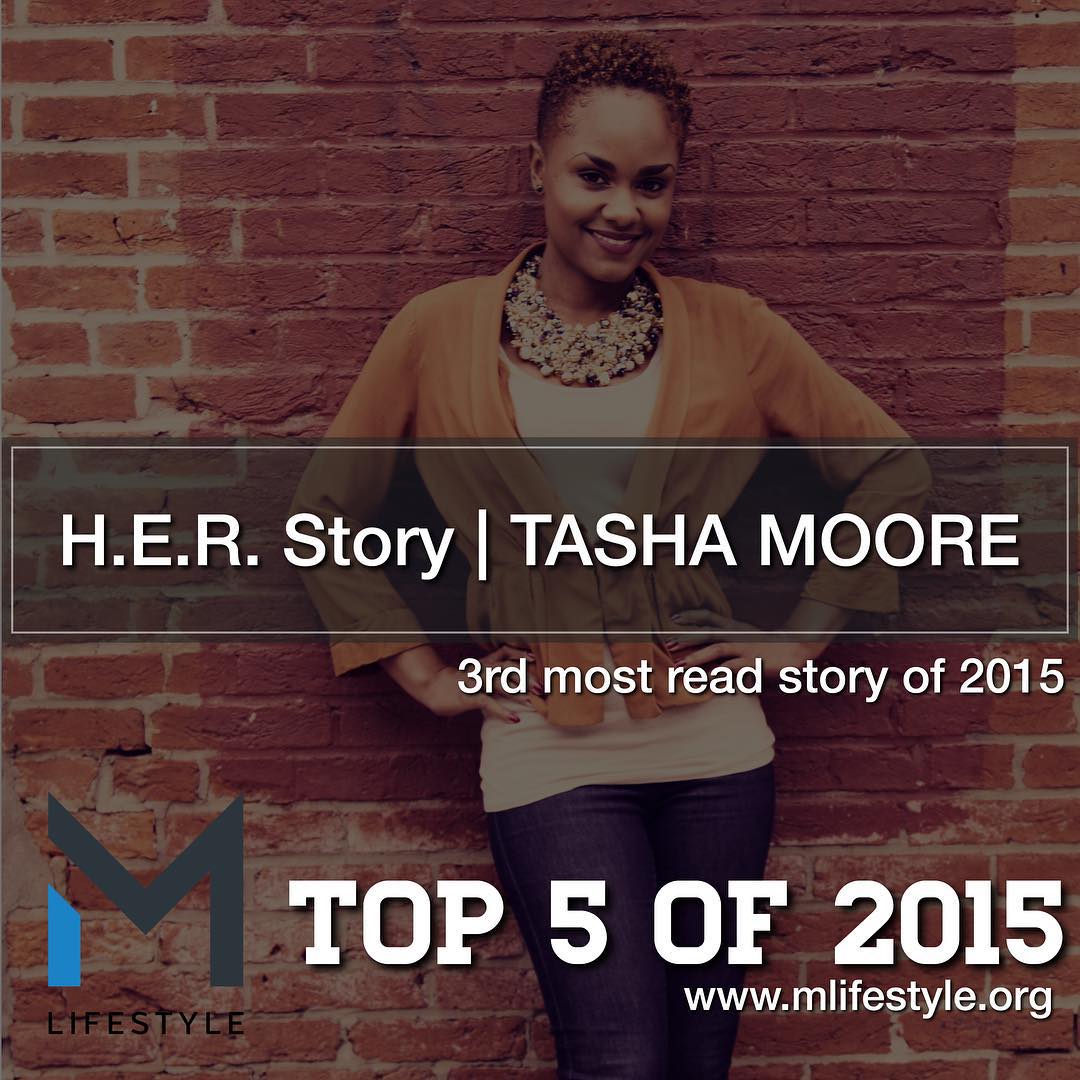 Tasha Moore grew up valuing community, which became her driving force in the creation of H.E.R. With her upbringing and involvement in the Boys and Girls Club, Moore realized it only took one person to motivate you in finding yourself. That person was Suzanne Gwathmey for Moore. Gwathmey was one of the first black small business owners in Richmond, Virginia. Through witnessing Gwathmey’s success and Moore’s involvement in her own community and the Boys and Girls Club, she realized her dream could come true. H.E.R. is Moore’s dream, the business she wanted that would serve and uplift her community. The enterprise works to empower young women through a rite of passage through honor, elevate and rejuvenate. Right now H.E.R. works with young women outside the program and those in foster care and in home agencies. Moore wants to cater to the age group of 12-18, which she believes is where H.E.R. would be most beneficial. Moore believes in changing these children’s minds and giving them opportunities not readily available, and she is accomplishing this through her dream coming true. 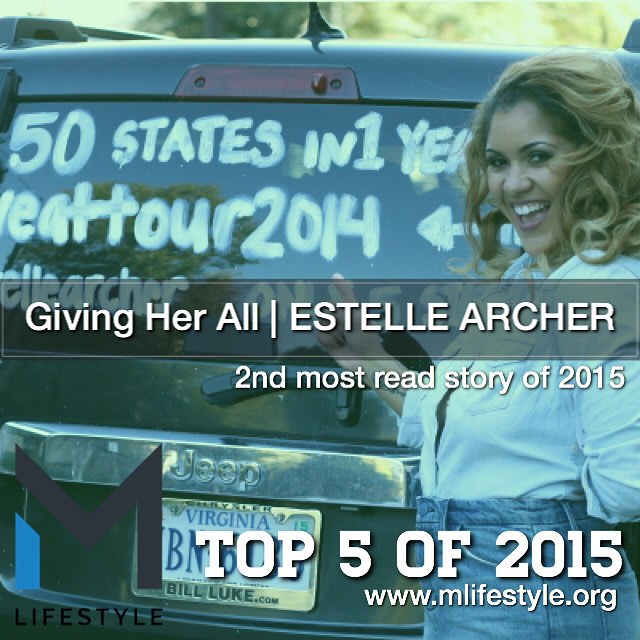 Estelle Archer started as Dawn Archer, someone who was looking for employment and battling depression. When Dawn became comfortable with being uncomfortable in her life, she became Estelle Archer. Archer took the saying “health is wealth” and applied it directly to her life, protecting her from depression. She became a health addict; working out regularly and eating a healthy diet, she found control brought peace and fitness brought hope. Archer took a leap of faith and quit her job and moved back to Richmond, Virginia, with a path to bring hope to those outweighed by their own sense of doubt. She began a small fitness group, so people could find hope the way she did. Then this confidence boosting workout spread across the country, when Archer used all her savings and donations to teach these fitness classes in every state in the U.S. Through this adventure, Archer has learned that beauty is in the inside, not outside. By focusing on her inner beauty, her outside beauty began to change too. She focused on living a healthy life. Doing good is what matters.

The Most Read Story… 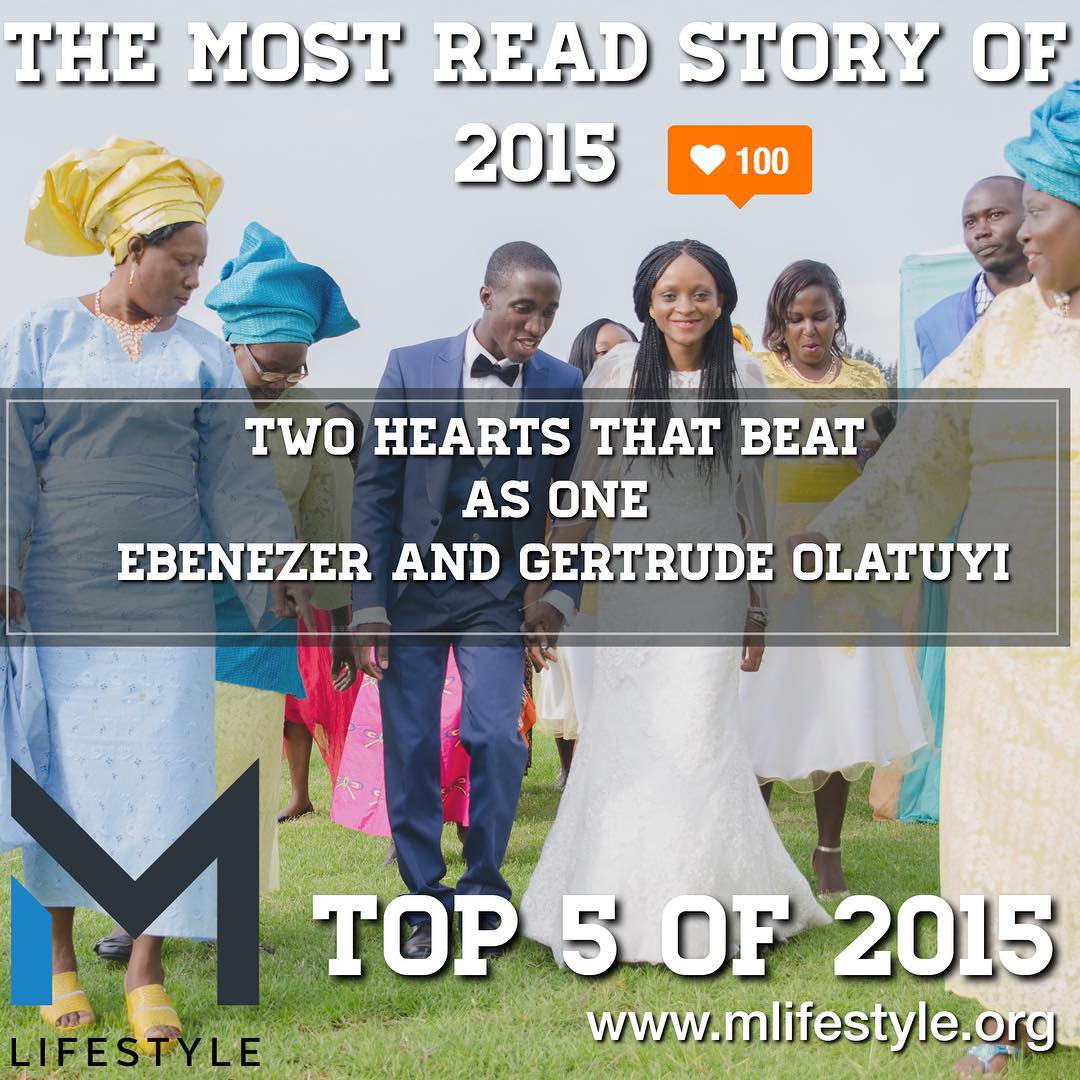 On June 13 2015, Ebenezer and Gertrude Olatuyi became man and wife with beautiful Paradise Park, Nairobi, Kenya as the backdrop. Gertrude grew up in Nairobi, Ebenezer grew up in Lagos, Nigeria. Two different cultures joined as one in this union. Gertrude and Ebenezer met in the physics lab at Morgan State University in Baltimore, Maryland. Ebenezer started the conversation, asking Gertrude question after question, and Gertrude kept smiling. The one thing that stands out about this couple is their love for God. Gertrude believes it was the Lord’s doing that these two met and it is the Lord’s plan they will join in union. The two are best friends, Ebenezer speaks of how selfless Gertrude is and how beautiful she in on the inside. Both believe in empowering people. Ebenezer accomplishes this through being part of the executive team of M-Lifestyle, an organization that focuses on uplifting communities and displaying those who have done great things. Both Gertrude an Ebenezer want to extend the STEM field of study to African American Communities. This is a couple unified in their drive for positive impact and success for them and those around them. 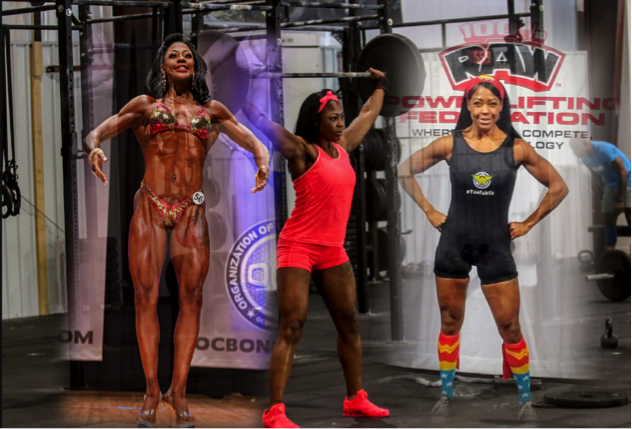 You’ve seen so many at this point. Whether it’s been on Instagram, Facebook or some other social media platform you can’t go too far without…

African Americans are significantly underrepresented in comparison to other ethnic groups in the S.T.E.M (Science, Technology, Engineering, and Math) sector. Dr. Duran Williams, a Queens,…