Being Black in America is something that you cannot explain unless you live it every day. It’s going to school and being forced us to say the pledge of allegiance with the infamous phrase “with liberty and justice for all,” and knowing it doesn’t apply to us all. Being Black in America is continually being told that you should be grateful to live in such a great country, but wondering when has America ever been great to us? Black people in America have had to live through numerous years of trauma, including slavery, the Jim Crow Era, and the Civil Rights period, but we still have yet to reach full equality in this country. Being Black in America is being surrounded by statues of Confederate soldiers and generals, constant reminders of the ugly past that your ancestors endured. Despite being surrounded by these nasty reminders, we’re expected to exist as if nothing is wrong.

Meanwhile, others attempt to convince you that the Confederacy is about heritage, not hate. Yet, history informs us that the Confederacy was formed because Southern states did not want to give up their slaves. The creator of the Confederate flag, William Thompson, stated, “As a people, we are fighting to maintain the heavenly ordained supremacy of the white man over the inferior or colored race.” That seems like something built from hate to me. Whether Confederacy supporters want to admit it or not, the Confederate flag is a symbol of hate. It is a reminder of an offensive rhetoric and has no place in this country moving forward.

You hear stories from your grandparents about living through the Civil Rights Era, and it blows your mind that people can hate a group of people simply because of the color of their skin. You watch documentaries about four little black girls dying in a church bombing, police attacking protestors with hoses and dogs, and it just breaks your heart that this is the pain that Black people in America had to experience. You see traumatizing videos of Black people being gunned down by police, for allegedly using a counterfeit bill, falling asleep at a Wendy’s drive-thru, being pulled over for a broken taillight, and the list goes on and on. The police can gun you down in your own home with the use of a no-knock warrant and still keep their jobs. It makes you sad to realize that in the eyes of many individuals, Black lives do not matter.

However, even though Black people are surrounded by all this negativity, we always find a way to comfort ourselves. What I love about Black people is that we are able to cling to the notion that we’re going to be okay. We do not take things lying down; instead, we use our voices to stand up to injustices and demand change. Even amid a pandemic, we have taken to the streets calling for justice for George Floyd, Breonna Taylor, Oluwatoyin Salau, Rayshard Brooks, and numerous others. Seeing my generation fight for the same issues that our ancestors fought for can be depressing, but it also gives me hope for the future. It encourages me to see protests for Black Lives Matter all around the world and seeing Confederate statues removed, but it’s not enough. We must continue to fight until we have equality for all Black lives, including transgender Black lives. The struggle may continue, but Black people will be there to fight it no matter how long it takes. 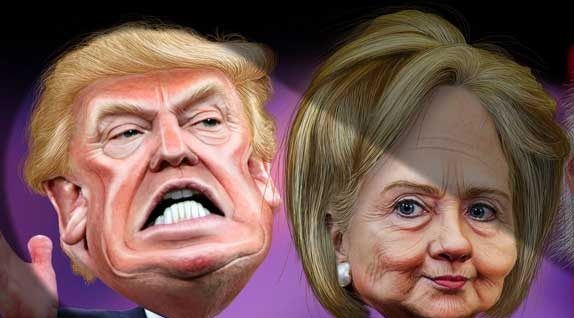 Presidential Election 2016: One You Won’t Forget